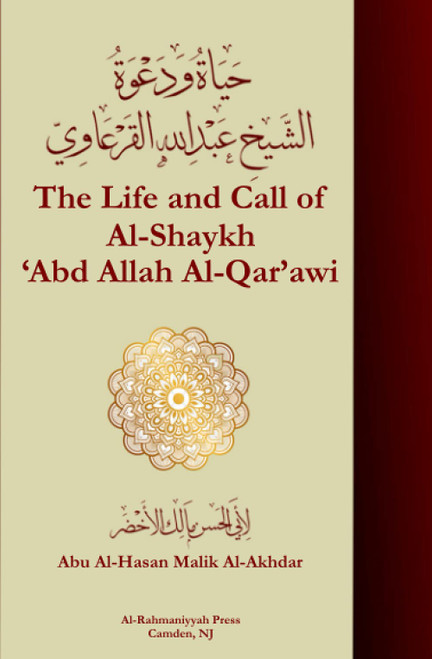 Prior to 1358 AH, the area spanning southern Saudi Arabia and northern Yemen was steeped in superstitions, ignorance, acts of polytheism, and innovations. But Allah would decree that the Shaykh, the reformer, ‘Abd Allah al-Qar’awi would settle in the region and establish the call of the Prophets and Messengers: the call to tawhid. He instituted schools, built masajid, delivered sermons, taught lessons in towns and villages, and introduced thousands of men, women, and children to the methodology of the Salaf. He was, as Shaykh Rabi’ b. Hadi al-Madkhali said of him, “knowledgeable, pious, ascetic, earnest, patient, and dependent upon [Allah Alone] in his call. He was Salafi in creed, upon the ‘aqidah of Ahl al-Sunnah wa al-Jama’ah.”

The work chronicles his family lineage, his birth, his upbringing, his travels, his travails, his triumphs, his teaching and tireless efforts to spread tawhid, and, ultimately, his final illness and death. May Allah grant him Mercy. It is our hope that this biography will help enlighten English-speaking readers on the life and call of this noble scholar.

Some Examples From The Prophet-Abul Hasan Malik al-Akhdar

The Core Beliefs Of A Muslim: Quiz Cards

Secret Societies(Freemasons,Illuminati And Missionaries) Taken From The Work Of The Scholars

The Core Beliefs Of A Muslim: In Poetry Written By Anwar Wright